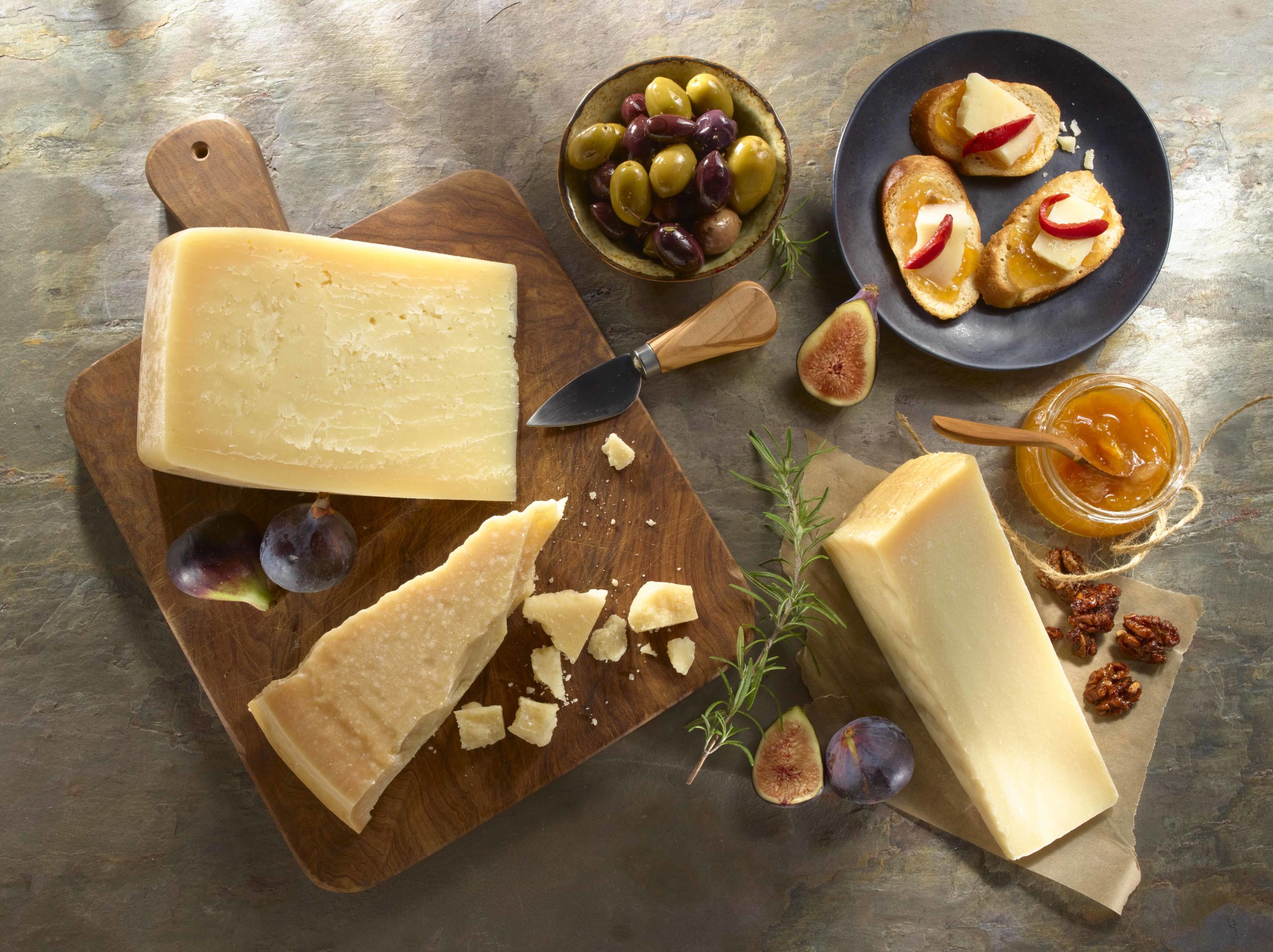 Everything You Ever Wanted to Know About Parmesan Cheese

Parmesan cheese is incredibly versatile and irrefutably delicious — most of us know that. It’s tasty on its own, or when tossed into your favorite pasta dish. While this popular household cheese has been around for hundreds of years and is likely sitting in your fridge in some form or another, there’s a lot you may not know about it. For example, did you know that Parmesan cheese that hails from a specific region in Italy is actually called Parmigiano-Reggiano? Or that it actually has pretty low lactose levels compared to some cheese similar to Parmesan?

If you can’t get enough of this salty dairy product and want to learn more about it, read on for some fun facts about this beloved cheese. You’ll be a Parm aficionado in no time.

How Parmesan is Made (and Eaten!)

Parmesan cheese is traditionally made from cow’s milk and is aged at least 12 months. Whole milk and naturally skimmed milk are combined and then distributed into copper vats for heating. During the two-step heating process, additional ingredients like whey and rennet are added to form the curd. Our Copper Kettle cheese is aged for a longer period (16 months) in the copper vats to create a distinctly sweet tasting experience through the natural fermentation of cow’s milk. Cello Copper Kettle is the only domestic Parmesan that incorporates this traditional use of a copper vat into the cheese making process.

The texture of Parmesan makes it the perfect cheese to form into chisels that are ideal for combining with nuts and M&Ms for a snack similar to trail mix — or even to munch on alone! Shaved (or grated) Parmesan is probably your cheese of choice for sprinkling on top of salads and pasta dishes, but you might be surprised to know it also makes for a rich, flavorful macaroni and cheese. The most popular go-to for this dish is often cheddar, but we find that Parmesan’s sharpness levels up the indulgence. And speaking of indulgence, ditch the boring, traditional American in your next grilled cheese and use shaved Parmesan instead. Try this recipe with chocolate for a fun surprise treat for the kids.

We have mentioned previously that Parmesan cheese is low in lactose, so let’s explore another diet restriction. Is Parmesan cheese halal? The simple answer is…sort of. In the traditional sense, Parmesan cheese is made using rennet. Rennet is a natural enzyme found in the stomach of young mammals that helps them digest their mother’s milk. Since rennet is a restricted, or haram, ingredient in a Muslim’s diet, traditionally made Parmesan is not halal. However, a lot of cheese producers are re-thinking the process of cheese making to keep up with the changing times. There are several methods of producing completely strict vegetarian and vegan-friendly cheeses, which in turn would make those particular kinds of cheeses halal. Additionally, Cello Cheese uses microbial rennet, also commonly known as “vegetarian rennet,” in all of our cheeses so that those on a vegetarian diet (and those who need to consider halal) can safely and confidently enjoy Parmesan.

Keep it Cool: Refrigerating your Parm

As a general rule, all soft cheeses should be refrigerated at all times, whether it’s open or not. However, harder cheeses, like Parmesan, do not require refrigeration. But as a rule of thumb, it’s always best to refrigerate (or freeze) your cheeses after opening them so you can get the most longevity. Should you choose to keep it out of the fridge, plan on using it within three to seven days. However, if you pop it in the fridge it can last up to about six weeks, and even longer if the package is not opened. Just remember to extract as much oxygen from the bag or container that you store it in. The less oxygen it contains, the longer it will last.

Okay, But What if My Parmesan Molds?

Let’s say you do refrigerate your Parmesan, but something doesn’t go quite right and it grows a bit of mold. Well, we have some good news! Since mold can’t penetrate very far into harder cheeses like Parmesan, it’s safe to cut the moldy part out and eat the rest of the cheese. Be sure to cut out the mold as well as roughly an inch along each side of the moldy area. Keep the knife out of the mold so you don’t contaminate the other areas, then toss that mold in the garbage and enjoy your cheese!

If you know you love Parmesan (and really, who doesn’t?) but are looking to venture out and try something new, or just to expand your breadth of cheese knowledge by doing some taste testing comparison, there are plenty of cheeses that are similar in taste and texture to Parmesan. One of the most notable cheeses similar to Parmesan is Grana Padano. While Grana Padano may sound exotic and out of reach, it’s actually quite affordable. Much like its Parmesan counterpart, Grana Padano is required by law to be made in a specific region of Italy. However, Grana Padano’s region is much larger and contains more producers, creating an abundance of cheese for you to enjoy. Grana has a similar, nutty flavor that Parmesan has, but is a bit of a softer cheese.

If Grana Padano isn’t really your thing, try Pieve. They share extremely similar flavor profiles, and it’s considered the closest in taste to Parmesan. The biggest difference between the two kinds of cheese is the amount of aging. Piave doesn’t typically need as long since it’s a bit softer. This alternative may taste a little sweeter than Parmesan but is still hard enough to grate into your favorite dish or to enjoy on its own.

Another classic comparison to Parmesan that you may have heard of is Pecorino. Pecorino Romano is hard and nutty, making it very close in taste and texture to our Parmesan pal. So what exactly is the difference between the two?

The main contributing factor is the milk. Parmesan is made from cow’s milk (imported for Parmigiano-Reggiano), while Pecorino is made from imported sheep’s milk, which contains more fat. But don’t confuse Pecorino Romano with Romano, which is made from domestic cow’s milk. If you’re feeling confused, hop over to this article for a more detailed breakdown of the differences, which mostly revolve around PDO status and where the milk is from.

You’ll find that both Pecorino Romano and Romano have a much saltier flavor profile than Parmesan. So while it is similar in taste, if you plan on substituting any kind of Romano for Parmesan in a dish, make sure to use less than what the recipe calls for as it can often overwhelm the overall taste of the food.

Now that you’re a master of Parmesan, you are well on your way to becoming the most entertaining guest (or host!) at any dinner party. To level up your cheese connoisseur status even more, grab our guide to creating the best cheese board ever.

Make Your Own Cheese Board

Get more cheesy tips and tricks when you sign up for our monthly newsletter.